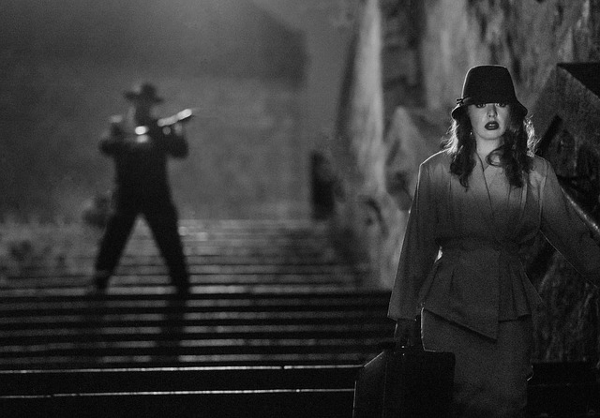 The hero of the story suddenly stops in his tracks. He lowers his fully-automatic rifle, his usually stoic emotionless face creases with momentary concern. “Hang on… I’ve got a bad feeling about this…”

This is usually the point in the movie when the big badass boss monster makes its appearance for the epic final battle just before end credits role and we start to pick our way through popcorn-strewn aisles on our way to our cars, wondering whether we’ve been ripped off.

Is this a Hollywood trope or is this a real human phenomenon? Is there such a thing as a sense of impending danger? A sense that ‘Something is not quite right…’. A gut feeling? Bush-Sense?

​As it turns out, our brains are a lot more complex than some of us give them credit for. There is a lot of information that is constantly being processed upstairs which we are not always directly, consciously aware of.

When we think about our senses, we generally think about vision, hearing, touch and taste but there are a lot more senses that operate within our bodies. These subtle senses are not often given the limelight. Proprioception (the sensation of the relative position of our limbs and the level of force being produced by our musculature) and equilibrioception (our sense of balance) are a couple of examples. There are others. Equilibrioception is an interesting sense because it is an aggregate sense. A sense of senses. Something that I like to call a Meta-Sense. Equilibrioception is actually built out of the senses of sight, the vestibular inner-ear system and proprioception. These three senses working together give us our sense of balance. Are there other Meta-Senses? I believe that there are.

Synaesthesia is a perceptual phenomenon in which stimulation of one sense leads to involuntary stimulation of another. Such as ‘seeing’ tastes or ‘hearing’ colours. This suggests the close operation of our existing senses. This close operational proximity and the phenomenon of synaesthesia would suggest that the senses can be trained to work together closely along with our conscious and subconscious processing to create new aggregate senses that I call Meta Senses. These Meta Senses could provide us with access to information which each sense working alone without the enhanced processing would never be able to give us access to.

I believe that all of these primary senses working together with our Meta Senses and our conscious and subconscious processing yields the information that leads to our ‘gut feelings’. Sometimes our gut feelings alert us to dangers that we should have never been aware of. If we understand our senses in the classical and conventional way, it doesn’t seem possible. But if we see our senses as sources of information which can operate in unison and can be analysed and aggregated in new ways with our powerful subconscious and conscious processing, we can see how this may be possible.

Tiny pieces of information from various senses that would normally be discarded or ignored on their own can be pieced together to yield a big picture. Perhaps the sense of infrasonic vibrations, tiny changes in air pressure sensed in our abdominal cavity or on our skin alert us to the heart-beat of another living thing in a completely darkened room. We may not see, hear, smell or touch anything, but we know that something is there. A Meta Sense has alerted us.

Within the context of self-defence, being fore-warned of impending danger is a very desirable characteristic. As such, martial art systems like our own system of Chang Hong include extensive training in order to increase sensitivity. This heightened sensitivity makes more of the Meta Senses available to us. In fact, there are even clear examples of the actual construction of Meta Senses through advanced training methods within our system to support our martial responses.

But what are the appropriate responses to Meta Senses? After all, it would not be good to run away from or openly attack everyone or everything you get a bad feeling about. You would soon be charged with assault or disorderly behaviour and rightfully so.

As it turns out, the answer is very simple. Meta Senses are indirect senses as opposed to direct senses such as sight and hearing. If I see someone advancing towards me with a knife, this is direct sense. I can therefore act directly, either running away or fighting to defend myself. If I get a bad feeling about someone, this is a Meta Sense operating. An indirect sense. As such, I should act indirectly. Perhaps I would discretely ensure that I have a clear path of egress, that I have an item in my hand with which I may be able to fend them off with or that other trusted people are with me.

The key is that this indirect action should be subtle enough not to initiate an event. For example, if I get a bad feeling about someone and I pick up a half-brick menacingly, this person may be able to claim later that any ensuing violent event was precipitated by my clearly aggressive actions. Subtlety is the order of the day when it comes to reacting to Meta Senses.

Let’s examine an example outside of the self-defence context for a change. Let’s look at an example within a business context. You’re the general manager of a small business and you have a code of conduct that prohibits inappropriate sexual relationships between staff members and clients. We’ll examine two scenarios within this context.

Scenario 1: You happen to walk in to the back store-room of your office and catch one of your staff members in flagrante delicto with a valued client. You have seen the event first hand. You have direct sensory evidence of an event. Because of this, your action must also be direct. You may decide to fire the employee as a result of this misconduct and you would be justified in this direct action because you have direct sensory evidence. If you were to act indirectly or with subtlety in this case, it would be ineffective because the subtlety would be lost within the context of the event and your leadership would be seen as weak and ineffective. This could encourage other staff members to ignore the code of conduct too. In this case, firm and decisive direct action is required.

Scenario 2: You have an uneasy feeling that one of your staff members is having an affair with a valued client. You have no direct, incontrovertible sensory evidence of an actual event but you do have indirect sensory suspicions based on your own ‘gut feelings’. Your Meta Senses. Because of the fact that you do not have any direct sensory evidence of a breach of your code of conduct, you would not be able to act directly in this case. If, for instance, you were to lay an accusation, you could in turn be accused of defamation of character.

The only course of action that is available to you is an indirect one in this case. Of course, indiscretions of this nature almost always inevitably become public knowledge at some point and at the point where you acquire direct sensory evidence of a misdemeanour, you may then act directly accordingly. In the mean-time indirect action is appropriate. Perhaps you may decide to organise a training day for all staff members focusing on staff-client relations in order to reinforce the fact that each staff member has a responsibility to uphold your code of conduct as agreed upon. You may also decide to observe the staff member more closely. In subtle ways you might ensure that the staff member in question is fully aware that you are aware of their inappropriate behaviour but you will stop short of directly accusing them. This will give them the opportunity to reconsider their inappropriate behaviour and either discontinue it before it becomes a ruinous public scandal or hand in their notice of resignation.

There is a lot more that I can write about the concept of Meta Senses and training these potentially life-saving phenomena. Let me know in the comments section below if you would like to know more.