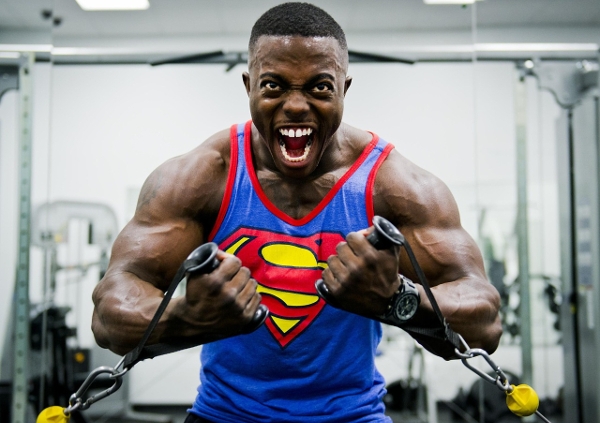 There are some hilarious videos on Youtube which capture people trying to do physical training in weird and wonderful ways. These videos are often entitled “Gym Fail” videos. My favourite is the bloke on the cable pulley machine doing powered jumps using the falling weight stack to catapult himself into the air. He really looks like he is enjoying himself immensely. While I agree that most of these videos showcase people who are ignorant of gym etiquette or physical training theory, it does lead to some interesting questions: Who decides when someone is performing an exercise incorrectly and why are we so quick to judge people who do unconventional forms of physical training?

Of course, these questions are of personal interest to me and to a lot of other people who do in fact practice more unorthodox or unconventional forms of training, at least when compared to most conventional Western physical training. Traditional Wushu and other forms of martial arts with long histories that stretch over hundreds or thousands of years often contain training methods which could become the kernel of a Gym Fail video today. And yet these training methods evolved at times when they had to deliver effective outcomes or the practitioner may have ended up paying with their life.

Would ineffective training methods be retained under these conditions? It is possible, but unlikely. Ineffective martial artists and systems tended to be weeded out by the process of natural selection. So the training methods worked, and yet they do not always fit into the framework of conventional training wisdom. Did they understand more in the past when these old training methods were developed? Surely we know more now about how to effectively train someone physically? Surely! Because of SCIENCE!

Well, perhaps we don’t. As a specific example which illustrates my point, the need for deadly hand-to-hand combat training is almost non-existent today when compared to a few hundred years ago. Without the need for developing something, that thing will not be developed. The military is one of the few organisations which still develops deadly forms of combat but we find that most military combat training today, barring a few exceptions, revolves almost entirely around the use of firearms and other ranged weapon systems.

So if militaries are not investing in developing or teaching deadly hand-to-hand combat, who is?

Think about it… Would you feel supremely confident about using a sports-based system of combat training within a deadly situation?

If you’re a thinker, you will certainly have doubts about its effectiveness within a context for which it was not designed. And rightfully so. Note that I am not saying that a sports-based system used within the context of a deadly encounter will not work. A lounge sofa can theoretically be used as a deadly weapon, it’s just not terribly efficient because it was not designed to be a deadly weapon. I personally do not like the idea of running around a battlefield wielding a lounge sofa, so if I wanted to prepare for a deadly situation, the best combat systems for me to study would be those which were designed to be used in deadly situations. In this day and age, these systems are limited to modern self-defence systems and traditional martial arts systems. In my experience, I have noted that although proper credit is not often given, most modern self-defence systems borrow heavily from traditional martial arts in terms of their fighting techniques.

The field of Sports Science is not even at a stage where it can claim to have completely and definitively described the most efficient ways to train the human body for specific conventional sporting outcomes. Let alone less conventional, less mainstream outcomes such as deadly combat. That’s why there is an incredible amount of research still being conducted within Sports Science and new and interesting facts and theories are arising all the time.

Despite this, some practitioners of conventional training feel confident enough to mock or scorn those who use less conventional methods. This is just foolishness. I probably did not use the right term to describe the motivation of those who are quick to mock and criticise. It is not confidence at all but entirely the opposite. They are in fact merely voicing their own insecurities. While tripping over their feet in their haste to protect their fragile egos and prove that others are ‘wrong’ and they are ‘right’, they are also inadvertently demonstrating as much ignorance as the bloke in the Gym Fail video using the cable pulley machine to do powered jumps.

A witty quote which is often accredited to Einstein goes something like this: “Insanity is doing the same thing over and over again and expecting a different result.” Einstein is unlikely to be the author of the quote but it is a good quote and applicable in this case. The message of my article in a nutshell is: Conventional training leads to conventional results.

If you are trying to achieve unconventional results and unconventional outcomes for use within unconventional contexts, unconventional training methods will be required. Training in exactly the same way as everyone else, at best, will only yield the same results that everyone else has achieved. It’s not rocket-science to figure that out and yet many people do not seem to have thought that far. If all you ever wanted to achieve is exactly what everyone else has achieved, then go for it. By all means. But if you want to achieve something that no one else has achieved, you will have to find a different way of getting there because you are trying to achieve an unconventional result.
​
For those who are looking for something different, I encourage you to train outside of the square but to do so intelligently and safely. Apply the old grey matter to invent a means of achieving your unconventional goal. You will be criticised and mocked for not doing what all the other sheeple are doing but you may very well end up achieving something incredible, while they will not. The 99% will always resent those who challenge their personal comfort zones and offend their delicate sensibilities by doing things differently to them. 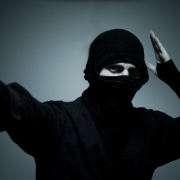 Those kicks were fast as lightning
Scroll to top