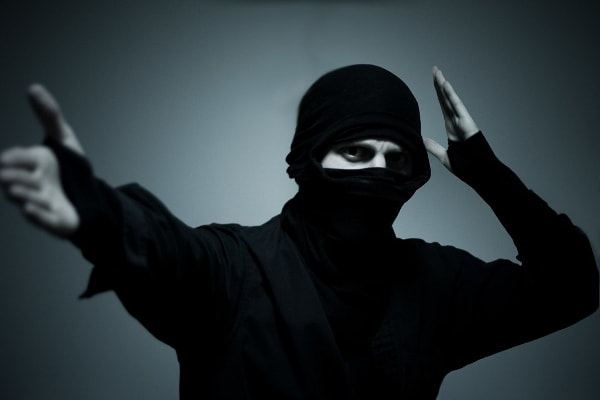 ​Some typical examples of the application of cross-training includes runners who train with free weights to increase their muscular strength to help with hill-climbing and weightlifters and boxers who train pure cardio to lose weight before an event. To pre-empt the remainder of my article, I would ask you whether you think that a runner who trains free weights would be able to compete on a professional level in a weightlifting competition or whether a weightlifter would be able to compete professionally in a marathon?

Although cross-training is an effective training tool if applied correctly in order to aid in goal acquisition, it is also possibly one of the most misunderstood training approaches and is thus seldom applied correctly. If applied incorrectly and without understanding, it can lead to confusion and inefficiency. We’ve all seen the gym-fail memes showing people using training equipment in a confused and incorrect fashion. These folks are ridiculed a lot but the reality is that they are actually training something. They just may not be training exactly what they want to train. The same warning rings true for cross-training. If applied incorrectly, the athlete will be training something, just not perhaps what they were hoping to train.

Simple. If you know exactly what you want to achieve and you follow this formula, you will succeed in achieving your training goals.

This is where I start talking about training specificity. The physical training industry is a very confused and confusing place driven by fads, commerce and occasionally by some science. I’ll use the show Ninja Warrior as a case in point to demonstrate the confusion. I had the opportunity to watch a fellow martial artist’s Ninja Warrior application video a little while ago. He was so sincere in his video, it made me really hope that he gets in. I sincerely hope that he wins an opportunity to compete and I take my hat off to him for doing what he wants to do. He’s been in martial arts for a few decades, even practised ninjutsu for a while. He was demonstrating his fighting skills, forms, swinging swords around and doing some of the physical training that he normally does in classes.

So we can cross the word ‘Warrior’ out for starters. The word ‘warrior’ has been seriously abused in our current day and age to the extent where its very definition has changed. Everyone and their dog adopts it to describe themselves, but historically it was used specifically to describe someone who engages in warfare. A soldier. If you have not fought in an actual war, I do not believe that you should be calling yourself a warrior.

All we are left with then is the word ‘Ninja’, which describes the historical Shinobi, who were trained in the arts of espionage. Yes, that’s right, not assassination or combat. Although those activities might on occasion be performed by a Ninja, they were not the Ninja’s forte. A Ninja was first and foremost a spy. I know! I know! I grew up loving Ninjas too. In fact, it was the old Ninja movies of the 70s and 80s that got me interested in Eastern Martial Arts in the first place. I have some very good friends who are high-level practitioners of Ninjutsu and I have always had a lot of respect for the system. In particular, the elements of Ninjutsu that exemplify the true historical aspects of the Ninja and showcase their use of subterfuge, distraction and obfuscation. Who doesn’t love the idea of the black-clad, tabi boot toe wiggling, Ninjato-wielding, Ninjutsu-fighting, shuriken-chucking, evasive smoke-bomb-deploying, out-of-sync talking, flick-flack jumping, poison dart-launching Ninja Warrior?

What we were sold by Hollywood is actually just a modern fiction. Go and do your research and you will see that it’s true. Historical Ninjas just weren’t what we were led to believe that they were. Historical Ninja training revolved predominantly around espionage and concealment, not combat. The contestants on the show Ninja Warrior are not demonstrating the arts of espionage, so we are left without any words to describe the show. In the vacuum caused by a logical collapse of the show’s title, I’ll call it “Obstacle Course Fun Show” or OCFS instead. This should help to alleviate any further confusion.

I really admire the level of skill that is demonstrated by the high-level competitors on the OCFS. Their performances certainly represent incredible skill, physical competence and a huge investment of time and effort. I have a lot of respect for this. As far as I’m concerned personally, however, I am not particularly interested in the show itself because completing obstacle courses is not my training goal. Training martial arts for self-defence is.

If I personally were to train seriously to compete in the OCFS, I would have to change perhaps 80%-90% of my training program because it is irrelevant to completing obstacle courses. All those hours and hours of punching and kicking bags would be a waste of time. Along with form-work, sparring, ground work, attack and defence technique refinement, ChiGung, meditation etc. In order to compete at a reasonable level in OCFS, I would concentrate on a combination of Parkour training, rock-climbing, Yoga, gymnastics and specific obstacle course training informed by the obstacles expected on the course itself. I’ve actually had a couple of people ask whether I wouldn’t be interested in competing in the show and my answer is that I enjoy training for self-defence and combat, not to complete obstacles.

That’s not to say that I don’t train strength, agility, movement, speed, accuracy and even do some obstacle course training as well, but the specific goal, or focus, of my training is and always will be combat for self-defence. I am not ashamed to admit that I would not perform particularly well in the OCFS because I have not made this my training focus, or goal. Sure, I would doubtlessly do significantly better than an average person with no physical training background, but relative to trained Parkour practitioners, gymnasts and rock-climbers, I would be below par. In fact, my performance would be as sub-standard compared to theirs in OCFS, relatively speaking, as theirs would be compared to mine in a self-defence combat situation.

All because of training focus.

This is the truth about training specificity. There are certainly cross-training benefits that come from participating in a particular training program that can positively impact your performance in other disciplines, but when compared to specialists competing in these other disciplines, your performance will never match theirs. The notion of the all-star physical performer is as much a product of Hollywood fantasy as that other popular 80’s blockbuster trope, the high school science teacher who just happens to be able to diffuse a nuclear warhead in the nick of time to save the day because, “he knows science stuff!”.