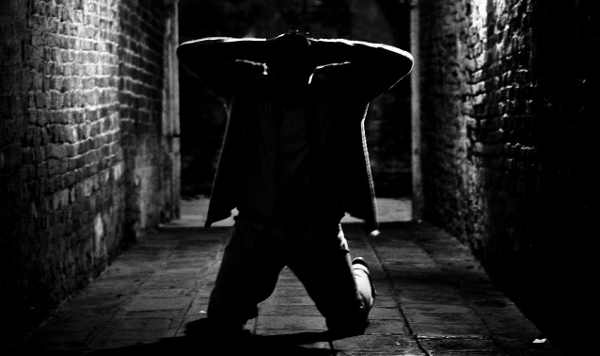 There were two news stories which caught my attention this morning. I thought I’d share them with you.
​
The first story was regarding a pair of hikers in Cape Town, South Africa. A middle-aged married couple, who were walking in the Table Mountain National Park a few days ago. They were approached by a man dressed in the uniform of a Table Mountain Ranger. The man attacked the couple, fatally stabbing the 56-year-old man but his wife managed to escape.
The second story was regarding Chris Parker, the hero of the Manchester Bombing. A homeless man who apparently grew a halo and came to the rescue of victims of the bombing. He was just recently found guilty of the theft of personal valuables from some of the victims of the very same bombing.

So what do these two stories have in common? Nothing obvious, but I feel that both are somehow connected with our current disassociation with the reality of human nature.

The hikers were brutally attacked and it is clear from reading some of the descriptions of the event, that their attacker had always intended to kill them. He had blood on his mind. No doubt, he intended to rob them too, but only after he had killed them. It was only because of the selfless sacrifice made by the 56 year old victim that his wife could escape the scene alive. What do you do with criminals like this murderer? Can people like him be reformed? No doubt they can, but what are the odds of him being reformed? Statistics seem to indicate that the chances of his reformation are very tiny indeed. You might say that I am dehumanising him in making him a statistic. “Respect his humanity, Lester.”, you might say, “He has rights.”. You’re right, of course, but what about the rights of the victim? His rights were irreparably violated. This injustice can never be redressed for him.

Chris Parker. Here’s another gem of a story. When it was claimed that a homeless man had heroically come to the rescue of the victims of the Manchester Bombing, the media lapped it up like so much cream. It’s a story that the average Captain Gullible out there in society desperately wants to believe. Despite the fact that this man already had an extensive criminal record, including charges of theft and despite the fact that he was destitute, he was obviously just a diamond in the rough. Obviously. More than 50,000 pounds was raised on his behalf as part of a crowdfunding effort. It’s pure Hollywood. Almost a rags-to-riches story.

And this is the problem. It is Hollywood. Hollywood and its fantasy notions are what we are plugging into to build our social structure, to inform our opinions and to colour our perspectives. We are seeing the world, others and ourselves through rose-coloured glasses. Or should I say emerald glasses, because it reminds me of the scene in the Wizard of Oz where Dorothy and her friends are required to wear emerald glasses in order to view the Emerald City. Without donning the glasses, one would perhaps see the Emerald City for what it truly was. A city built out of shades of grey.

I have written other articles which poke a bit of fun at political correctness and its application to the reality of self-defence. I believe that political correctness is a modern attempt to codify and amplify the old concept of ‘being polite’. This is all very good, but what about the people who exist within our society who are not polite? Do we ignore them and hope that they go away?

Taken to the extreme, what about the people in our society who refuse to respect the laws that the rest of society lives by? What about the people who live in our society, enjoying the safe haven and opportunities it presents, but who have no respect for the life or well-being of others? Do we let them prowl like sharks in the shallows and shed a tear every time that they satisfy their thirst for blood? Do we lock them away in cages with others of their ilk to spend some time living at the expense of the tax-payer, popping pills and satisfying carnal urges under the watchful gaze of the criminal gang leaders who run the prisons? Do we pay for them to further their education in some of the best criminal education institutions for a time only to be released a few years later?

I’m just asking questions, I don’t have any answers. I would like to live in a world where people respected each other but I am first in line to acknowledge that this is not the world that we live in. We live in a dangerous world. Every now and then, dangerous people cross our paths like sharks swimming in the shallows. Don your emerald glasses, stick your fingers in your ears and sing “Lalalalalalalalaaaa!” at your own peril. It is something to consider on the many levels of self-defence application. Whether physical, mental or social. There is no referee who is going to ensure your victory if you are in the right. Might makes right, it seems. There are no rules out there in the real world. You either survive or you die.

In the movie “Cloud Atlas”, a phrase is used in a number of scenes:
“The weak are meat, and the strong do eat.”

As it turns out, this phrase is an ancient Chinese expression quoted from a work by Han Yu, a Tang Dynasty poet, essayist and precursor of Neo-Confucianism who was born in 768.

It’s a dog-eat-dog world out there. It always has been, and probably always will be unless there is a significant change in the very nature of humanity. I’m not talking about a change in appearance or external behaviour. I’m not talking about rules and regulations to curb and control our baser instincts. All of these approaches are ultimately doomed to failure. You can shave the fur off a wolf and wrap it in sheep-skin but underneath the woolly exterior, it’s all howls, hunts and fresh kills. In the absence of this change in the very nature of humanity, what do we do? I recommend that we keep our minds sharp, our bodies strong and that we care for those who are too weak to care for themselves.

Those kicks were fast as lightning

I’ve got a bad feeling about this…
Scroll to top